The Reasons for Karma & Reincarnation 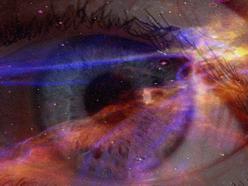 Prophetic Eye, the Science of Prophecy

As a spiritual counselor, I often have to answer the question, “Why would a generation have to experience war and deprivation?”  “Why do children have to experience poverty, abuse, or hunger?”  Is it simply karma?  I believe that sometimes people volunteer as angels to help US do the right things in life.  A brother dies in a car wreck to bring his family closer together.  A woman gets an illness so she can learn how to receive.  A child is handicapped to teach his parents unconditional love and acceptance.  A group of people live in poverty to give us a chance to perform right actions.  Ridiculous, some say. But, no, if you talk to kids in poverty, sometimes they don’t know they are poor.  They just think this is how life is; they know happiness too, at times.  We are the ones who feel guilty when we see them.  We, in our wealth, cannot imagine happiness without wealth.  And of course, this is not to say that they don’t need our help.  They do, but perhaps we need theirs as well.  It’s about perspective.

Karma does have a lot to do with what happens to us, but not always in the ways we think.  Some formerly rich persons or those unappreciative of lower classes may indeed need to experience poverty or hunger or lack of some kind. They may also need to learn to hold onto money and handle it if they have been careless in previous lives. Sometimes to experience poverty is necessary in order to know to know what that’s like. But it’s not punishment; we’re merely learning compassion.

As far as war, the peoples experiencing genocide may have been prejudiced and careless of peoples in other lifetimes, but they may each, as individuals, have other things to learn that are not indicative of “bad behavior”.  They may be learning courage, endurance, the ability to inspire or survive in troubled times.  I’ll never forget the part in Paul Pearsall’s book Superjoy where he talks about a positive, inspiring, and joyous woman who had endured the Nazi concentration camps during World War II. She loved life and taught people the beauty of living and how to enjoy fulfillment in every moment.  She did not dwell on the past but inspired those around her.  That was her legacy to us all.

Each person has a specific lesson and challenge as an individual: to learn how to take a stand, make a sacrifice for love, or experience dying for a cause.  Those experiences can happen on either side in war.  Yet such wars may not only balance karma but also create it. Peoples who stop genocides may have allowed them before. In this respect, Americans may have to atone for the genocide of North and South American Indians as well as those who suffered in slavery. Indeed, they probably already are working on that atonement, in their current lifetimes.

Euro-Americans, as do all peoples, have a lot of karma, because Euro-American peoples have taken resources from so many. American tourists will have to spend a lot of money and will be “taken to the cleaners” only because Americans have taken the resources of poverty stricken lands to the bank.   When we go abroad and spend money, we are balancing national karma.

What was the karma of slaves? Why were they taken from home and family? In one respect, learning the importance of family is the answer. Learning to stick together. Learning to become family with people who are not blood related is an important message to give and receive. This really puts them way above others on the scale of compassion.  Many African American people who travel to the Motherland or teach Black Studies or take people to Africa were former slave owners. They are required to learn about Africa and Africans and to bring people back home to the land from which they were stolen.

I was very aware during my years in France that I knew the land and had been there many times. I knew that in performing as an entertainer for the peoples, I was allowing them to judge me.  (And, sometimes, they did so quite harshly!)  Just as I am helping people find relationship after having in my past done anything to gain relationship, I recognize that the things we do in this lifetime are karmic adjustments and deals. Most of the time, the Chiron in an astrological chart will show what we can do for others but cannot do for ourselves—so that also has something to do with karma—what we have to pay back. If one took money from others, one has to pay it back.   If one took food, one may have to be a cook or a mother or a farmer.  You can honor the angels who have come to teach us about pain, poverty, and hunger, by being an angel to them.

The 60’s generation—hippies—has been called the “me” generation and did have some good qualities of fighting for what’s right for people.  They brought in the Era of Civil Rights, but they also had incarnated as a group during the Civil War too.  How fitting, then, that 100 years later, they had to right wrongs.  “The train from Washington” as the song says, was indeed “100 years overdue”—and still is!  They still had lessons to pay, just as I do, but many of them were teaching non-violence and people power, as well as love. The people from that time are here to show that we CAN change the world.  Perhaps the Me Generation was here to stand up against authority, because in the past they were authority. Many hippies were reborn from the French Revolutionary times and from the Civil War Era.

In the ancient book The Thunder, the speaker speaks of being the whore and the virgin, the victim and the murderer, the parent and the child. Karma teaches that we must experience all sides of the story to gain compassion. You cannot know why a person is driven to kill until one becomes the killer. You cannot know the suffering of the victim until one becomes the victim. Each of us must learn perfect compassion for other beings, and we do this by experiencing every experience.

Note that those who go to war often band together more strongly afterward. I believe that men go to war rather than women because they need to experience intimate emotion and bonding. Nowadays, women are taught to be more like men, and so they too have this necessity to go experience war and the quick bonding experience.

A very spiritual friend of mine told me about a dream she had about the planet littered with plastic bottles and paper trash, cigarette butts and toxic waste. In the dream, she turned her head and then looked again to see the earth transformed to clean and clear beauty. She said she felt the message was that Mother Earth would be all right, after all. Nature breaks things down, even if it takes thousands and millions of years. Also, nature knows how to mutate and refurbish itself.

Man may not survive its changes, since man carries karma in that he has not cared for his planet-home. Remember the lesson to respect it or lose it. However, ultimately, life is about cycles. Even death is a cycle in the wheel of life, and from death, new lives—whether they be worms or flowers—are born.

After Hiroshima, scene of such horror, the next spring the bombsite was yet covered with beautiful wild flowers. This is how nature is. She is not conscious of destruction or sorrow. Destruction is merely part of the cycle of creation, and so, life never truly ends, a lesson for the spiritual of the spiritual.