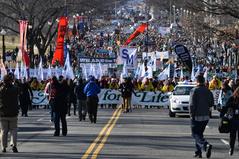 This generation has to bear the burden of all the decisions prior generations made that were less than responsible. This makes a challenge to shift back to what Depression era folks knew, which is that sometimes sacrifice and hard work are necessary.  Yes, we want to make money, and yes, we want to be valued as individuals, and that is indeed what this generation will set out to do.  The importance of being authentic to oneself in order to become prosperous is finally being taught to this generation.  Right now, they are no more than children heading into teenship, but they are seeing a lot of hard things and so will have to make hard decisions on climate change, guns, GMO’s and healthcare.  They have seen what greed can do and the dangers of allowing oligarchies to reduce the middle class and allow poverty and ignorance to reign.  They will be the ones to live with the mess we have made, and so they will have to clean it up too.  We hope they can rise to the occasion.  We know this generation, with a Capricorn work ethic can, if they keep ethics and morals as their barometer. remember, one of the catch-phrases of Capricorn is, "Old when young, young when old."

This is a highly psychic and mystical generation. Born in the 1980’s and early 90’s, this generation has to learn about responsibility and flow, rather than aggressiveness. Very psychic and intuitive, they need to be grounded to make sense of life. Respect for the physical must become paramount. As a result, drug use, alcohol abuse, sexual promiscuity and poisoning of the earth (including global warming) will create a world which then must mandate them becoming responsible or watching the earth and themselves and their children die. This generation must  also learn right use of will. A generation trying to force others to bend to their will, a generation of passion, must learn to live and let live, to respect others, and to let go and let God. This the generation that faces death from misuse of the earth, so this is the generation that must secure life.  They must be clear about how much force to use to make change, or go down with the ship.  Secrets will be aired.

The patterns and life destiny of generations are shown in astrology by the slow and steady movement of the planet Pluto.  Pluto is a planet that portends transformation.  Its influence appears subtle and everyday, but over time, we see the depth of the changes this planetary influence causes.  Below is an indication of past and current generational influences caused by Pluto.  Remember that Pluto is also the planet of karma and reincarnation, so we each come into a generation that has work to do, righting issues not only of our elders but deeper soul transactions that must be repaired and balanced that we ourselves have caused in past lives.  Remember that a generation matures in approximately 18-20 years, so if the timing seems off, it's not.  Add 18-20 years to the birth year.

RThis was considered the “me” Generation. Although this was considered a generation all about pleasing the self, please note how these former royals served the world in their time. Originally from French revolutionary times, they taught the virtues of sharing and peace, and sought to help the poor and downtrodden and fought against earlier abuses. Note that the Leo generation—all about royalty and appearance—dressed like poor people, with long hair, ragged jeans, fur vests, and hand colored T-shirts. Now, unfortunately, many Pluto/Leos have returned to their “it’s all about me” philosophies and have dropped out from their movements to become very involved in this money money money world. That does not mean that they won’t reawaken later, but it does create a situation in which they probably will be removed of their power and brought back to the level of love, not ego. 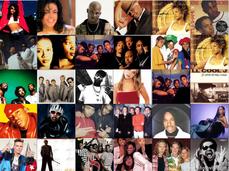 This generation transformed the family. This is the group that fought World War II. They wanted to create a secure world and so this is a generation that held on, that held firm, and were willing to persist to get through The Depression and create a solid foundation of family—and nation. Never say die is their motto, and all was done to make the world safe for the family. This was an especially nurturing group. This included the after war era of Beaver Cleaver. The nuclear family comes of age. 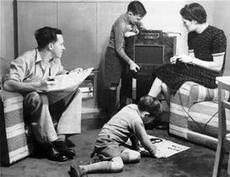 This generation lived in two worlds—they straddled the old ways and the new—the industrial revolution and labor laws changed. They worked hard and played hard. This was the group that emphasized new means of communication and innovative ideas that changed the world. The jazz era and the rise of Hollywood gave everyone the dreamy fantasy that all would be okay, but the Depression came nonetheless. Still, the dreams of this generation built a network for the solid Cancer generation to build on. Practicality rather than emotion ruled the day under the Cancers, but under the Geminis and communication, we became aware of our position in the world, and we dreamed a dream for ourselves—of fun and ingenuity. 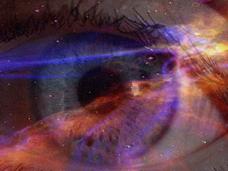 This generation is about right and wrong, law and order, a growing dualism, and negotiation. These people came of age in the late eighties and early nineties. Libra is about harmony and beautiful things, books and music, education and law, and extremes…so we have the rise of the Fundamentalists as well as homosexual and bisexual lifestyles. The Pluto in Libra generation has to learn about relationship, living in another’s shoes. They may want to follow the rules and be all caught up in consumerism and beauty, but, bottom line, they need to recognize injustice. Crime and upheaval become rampant in this generation. They may look to beautiful things and fame to solve their woes, but soon they realize that this does not gloss over the harshness of reality. Libras who follow the status quo must break out of this box to get a voice to stand up and take action in cooperation with others. This may be the generation that demands social justice.

This is a money-oriented generation, somewhat flexible as they are in a position of changing times, but more practical and analytical of life. This generation came of age during the seventies and eighties—a transition from hippies to disco kings and queens. These people were the real peacocks in spandex and platforms and shiny fabrics. Virgos are not known for such showy-ness, but notice how the Leos presented themselves as the opposite of what they were. In Virgo, it is all about appearances—appearing glitzy, appearing to have money in a time of the recession and oil crisis. Details—recordings—did in the leaders of the time (Nixon & Watergate). They do have a curiosity that has both brought us much knowledge from logic-oriented things (computers).This generation must learn and teach the sacredness of the mundane.  And then they will do SERVICE to the world, doing simple things like bringing clean water and food and disease prevention to those in need, using the money they have earned.  This is the Mr./Ms. Fix-it Generation.

This is a a lighter energy. This is the era of the indoors outdoors, the dirty laundry being aired, lack of privacy, and the internet. These people do not know privacy, but they do know fundamentalism and rules. Everything about people becomes fair game in this Facebook generation. This group needs to learn how to communicate with others on a personal level and to learn mutual respect for other human beings. This group, a missionary group, needs to let people have their own values and beliefs; otherwise they risk a new Stalinist era. Respect for the individual rights of human beings needs to be learned by this generation—perhaps by having them taken away. This is a generation brought up under Big Brother—their every move is monitored, there are constant wars so that the powers that be can keep the money rolling in—it doesn’t matter who the enemy—that changes. The media is no more than a propaganda machine that keeps repeating the opposite of how things are—if we are hungry, cold, and miserable, the propaganda machine says we are prosperous warm and happy. We know we are not, but we are constantly told otherwise. We hope there is a Winston who will stand up and say hey. The world will get much smaller.