These are the kinds of questions and statements I hear when I do a class in karma and reincarnation. So let me preface everything with this: it is not necessary or crucial to me that you believe in reincarnation. That is up to you. I do believe, because I remember many lifetimes. In remembering these lifetimes, miraculous results occurred. I was able to understand more about myself and my relationship to others. I was able to forgive those that “done me wrong” as I realized that I alone was responsible for their treatment of me, due to karmic law.

My memories opened my eyes to who I was, how (and why) I behaved, and have thus humbled me and impacted who I have become. I have also been able to forgive myself for some of the more terrible things I did in past lives (and this one), recognizing that we all go through these stages of change. Good and evil are relative, and a lot depends on what side you’re on and how big your ego is.

Once you begin to remember your past existences, you get quickly humbled. For a long time, I wondered why, in books on karma and reincarnation, psychotherapists and hypnotherapists would “take people back” to remember that they were famous people, not everyday folk. I puzzled over the numbers of Cleopatras and Thomas Jeffersons, Queen Elizabeths and Lazaruses. Everybody and his brother was Jesus’ pal or disciple; every woman I knew screwed Him. (Pardon my French!) However, I have to say that, in realistic terms, it doesn’t matter to me whether you believe in reincarnation or not, and whether the experience that emerges from a “walk-back” (hypnotic session) is real or just glamorous. If it helps you to grow, then remember it.

Since we are all part of the same universal force, and since psychic connection is possible and we know that, it is therefore conceivable that I can remember being Cleopatra, Queen Elizabeth, and Jesus’ wife. If it so serves me to remember those memories, whether they are actually belonging to the life-trip of this spark of soul called “Andrea” is incidental. Let these other lives teach me things too. From a counselor’s standpoint, if the remembrance creates positive change and transformation, that is the important thing.

Another important event that changed my life, besides the past life memories that suddenly began to spill upon me, was a time in which I had a near death experience. When one recognizes the significance of every action they take—and I mean, every action, one realizes that if you don’t want to endure pain, you had better take care not to cause any. When one goes to die, in one instant our whole life flashes before our eyes. It truly does happen. And as that happens, we see everything that we have done to others. Not only do we see what we have done to others, but we feel how they feel when we hurt them. You cannot know the torture of experiencing how we have made others feel in our cruelest or coldest moments—that is, until you go to die. The pain is excruciating—even of something as simple as calling someone a name, ignoring someone, and worst of all—actually doing something purposefully hurtful. They say, “do unto others as you would have them do unto you.” And I am telling you, that statement is more a warning than anything. You will pay for what you do.

And so to the subject of Karma…

Often, you hear people wonder how God could allow wars to take place, people to die in tragedies, and so forth. God does allow it because it is the law of karma, which is man’s reaping the results of his own choices and behaviors. Blame not God, but thyself for evil events. Karma is linked to reincarnation in the idea that, if you do harm to others, you will later have harm done to you. If you perform kindnesses for others, you will receive kindnesses. Reincarnation permits us to do this over the span of more than one lifetime. The idea is not punishment or reward as many Westerners think but actually to create balance and compassion in every man, woman, and child. So, in that respect, one doesn’t have "Good or Bad Karma” like having “Good or Bad Luck”. There is no such thing.

However, your actions and words affect everything. The more you do good acts, it is like having money in the bank. However, don’t think that just because you went to church last Sunday or helped your Granny cross the street that that will save you from karma for being cruel to a co-worker. You will still reap the karma of cruelty and pay that price by experiencing cruelty yourself. The co-worker you harmed doesn’t have to be cruel to you; karma can be reaped at another time and place and in connection with another person. This is how we draw or magnetize people around us.

If you have karma that requires you to experience insults or that requires you to lose money, you will draw around you those people and situations that will help you to balance the karma or “even the score”, so to speak. Karma is about balance and learning compassion. In that respect, you have been, throughout the course of your spark’s lives, been a victim and a perpetrator. This means you have felt every emotion, including both love and hate, jealousy and letting go, sorrow and joy. Do not think you are exempt from the lowliest life; nor are you precluded from experiencing the richest life. You have known all, fame and ignominy, servitude and rulership, burdens and lack of same.

The idea is for you to understand, in every fiber of your being, how it is for every human being, and for you to never willfully cause another harm. Karma helps bring peace when looking at tragedy, because it can explain such things as the September 11 disaster. This is not to say that those that died were “guilty” of anything. Often, Westerners want to explain such things as punishments, and this is not the case. For example, sometimes people choose to die (for, yes indeed, we choose our deaths) in order to bring a family together. Or a nation.

Tragedy often brings people together. In terms of the country’s karma, Americans take things for granted. These people gave their lives so that we could experience the importance and the good fortune in our lives, including freedom. The response should not be one of war and hatred, but rather one of understanding. Now, Americans have to go through trials as our leaders try to remove our freedoms, so that we can once again learn the importance of it and its sacredness. So, September 11 put in motion an American struggle to value freedom and to actually act as we say we believe, instead of greedily taking from the poverty-stricken of the world. (There are many other subtexts of this as well.) In other circumstances, there may have been a firefighter or policeman who needed courage—perhaps he was not courageous in a past life. 911 gave him the opportunity to be courageous and balance that karma. Or, there may have been someone whose friend had given their life in a past life for that person; in this lifetime, he gives his for his friend. There are many stories of karma in the 911 tragedy. Maybe a man spent more time making money than paying attention to his family, so he is removed from his family to see their grief and never do that again.  Some of them gained money from his death, but from on high, he sees his family still suffering because of his loss.  We learn, then, that money isn't everything. And, as I said, sometimes the karma is just to bring people together.

The people in the Twin Towers were indeed heroes, but not in the way we commonly think. They gave their lives, essentially, to inspire people, and to start a particular wheel of destiny to pop into gear. There is always a higher purpose to a person’s lifetime and to their “untimely” demise.

It is also important to know that at every moment we are creating karma, called Dharma. Thus, the plight of starving children is not their “punishment”, but rather may end up being an opportunity for leaders and others to perform to help these people. Of course, if leaders who stand by and do nothing, then they may be affecting the balance of karma—and not in their favor.

Taking all of this a step farther, I believe that we must experience every kind of “life experience” on this planet and others. In such terms, we may then have been a rock, a blade of grass, a bee, or a cow. It is not that the spark of your conscious soul as you are now was in that pebble, but that at the most fundamental origin of consciousness, we experience other forms of physicality, so that, once again, we can learn compassion and respect for everything manifest. I don’t believe you are now Robbie and will later become a plant. Instead, everything is evolutionary. We are all heading towards oneness with God Force, so you don’t have to be a rock again, if many eons ago, you experienced that consciousness.

So never fear in your travels in life. As I always say to students of karma, don’t worry! We’ve got nowhere to go but UP! And every day is an opportunity to correct negative actions. Pretty awesome! Your future is indeed in your hands!

For information on karmic astrology or past life readings, regressions, and classes, please email auramouth@propheticeye.com  .

A Question of Karma & Reincarnation
“How can you believe in reincarnation?” “Will I come back as an animal?”

“I must have bad karma.” 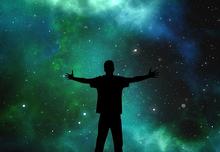 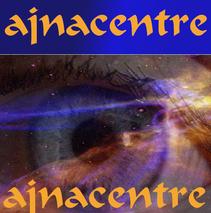 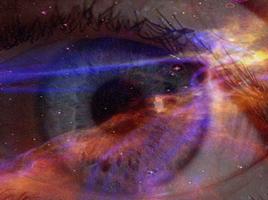 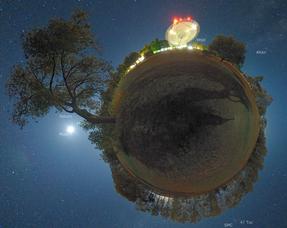 Check out this book!  Click here!  THE LAWS OF LOVE 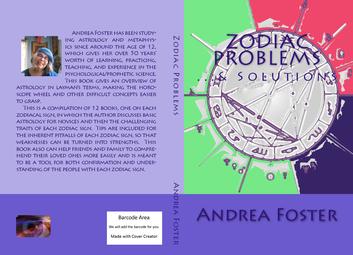 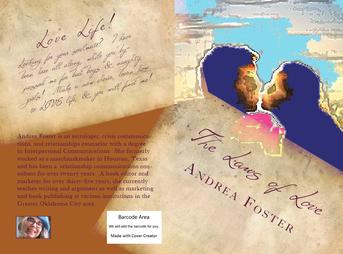 Check out this book!  ZODIAC PROBLEMS! Click HERE to buy! 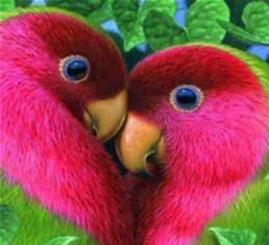 How To Attract a SoulMate